There has been some interest in this pest which is causing significant problems in Europe.  Questions have been asked as to whether it could cause issues in the ornamental and food sectors in Canada and its status as a potentially regulated pest. 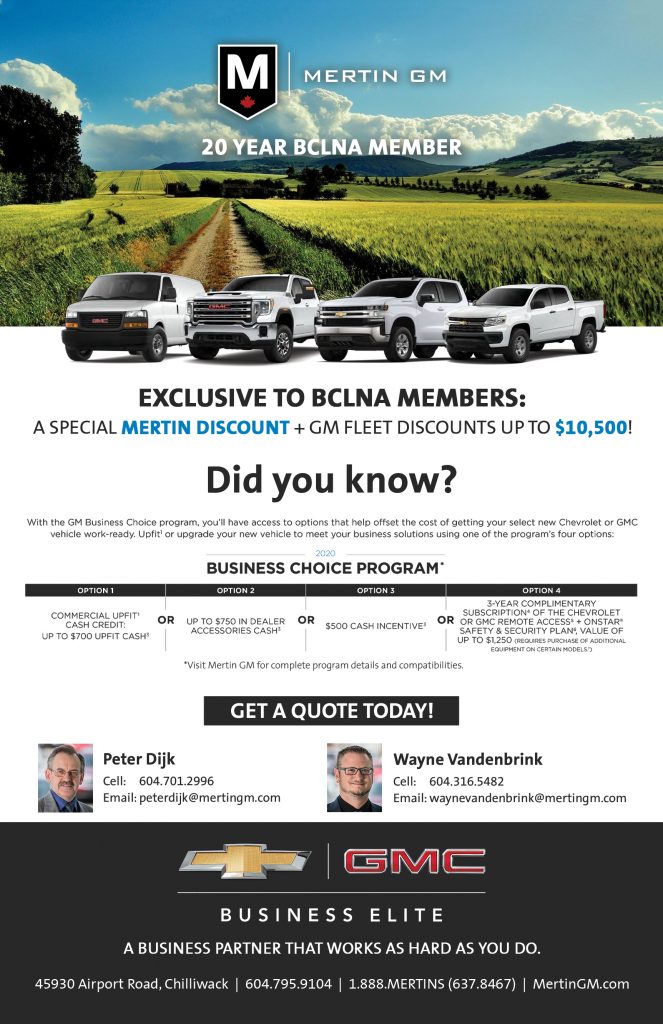 BCLNA members receive special GM fleet discounts up to $10,500 on many 2021 trucks (plus Mertin discounts). Call for a quote and ask for Peter Dijk.